The issue presented by the Israeli 'research team' is not the issue of
whether or how evolution of homo sapiens sapiens ['modern man']
evolved, but of when and 'where' it occured. What is meant by 'the
earliest human ancestors to modern man', is predicated upon the
distinction that Hominidae seperated from the other branches of
Hominoidea.

Where is the corroborative data as evidence of the existence of
evolutionary diversification of Hominoidea into Hominidae? There is no
corroborative data to support the claim that it was in Israel that
hominins diverged from Chimpanzee and Bonobos.

Amadou: Thanks for initiating this. Your reference to James - your namesake! - was the book you cited about modes of production that should not be in seen stages, had arisen my curiosity and I would appreciate to hear much more about it...

Lil Joe: That's the easy part to write about -- on second thought: not so easy!


The stages theory of human socioeconomic evolution is based on concepts of political economic property ownership as characterizing 'relations of production' as the social content of different 'modes of production'. 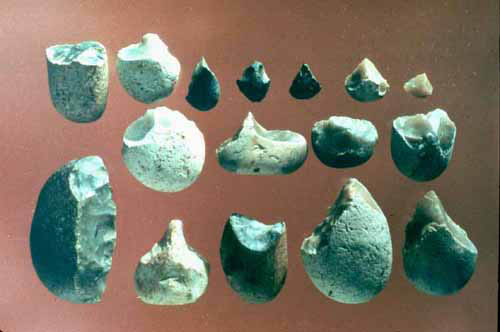